Bitcoin can pose a great threat to UK economy

by Nuno Menezes
in Knowledge Base, News, Uncategorized
1

According to the Bank of England, Bitcoin can pose serious risks to the UK economy should it gain a broader acceptance.
This was released in a new report made by the Bank of England (BOE) over the digital currency. Part of the latest Quarterly Bulletin, the report recognizes bitcoin as a type of commodity.

One of the headlines on this report was the warning from the Bank of England that the limited supply of bitcoins might bring a risk of inflation if adopted as the main currency. 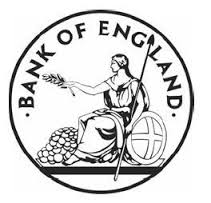 Bitcoin was designed in a way that its total number of coins extracted cannot exceed 21 million; 13 million coins have already been extracted and are currently in circulation around the world and the number of coins extracted decreases over time until no more coins can be extracted.
This extraction process is known as mining, and it’s also the mechanism used to introduce bitcoins into the system; miners are paid any transaction fees as well as a “subsidy” of newly created coins. This serves the purpose of disseminating new coins in a decentralized manner as well as motivating the networks users to provide security for the system.
If bitcoin is adopted, the central bank won’t have any control over its supply; with fiat currencies, the bank can just print extra money for the increasing number of goods and services. Under a limited supply, the exchange rate of bitcoin against other currencies will increase and deflation could take hold.
BOE points out that the demand for the currency might shoot up amid a fixed supply, causing huge price fluctuations and even the possibility of a price crash. BOE explains that if the digital currency is widely accepted it could have severe implications for the UK economy. 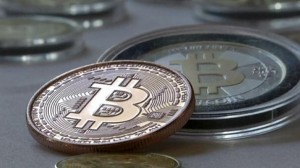 Nevertheless, the Bank of England also mentioned that bitcoin currently does not pose a major threat to the economy, given its low penetration.
BOE highlighted the risk of a system-wide fraud, relating this to the 51% attack while it also could possibly lead to economic fragmentation, because it’s also expected bitcoin holdings to be concentrated to a small proportion of the total population.
The BOE Report estimated that no more than 20,000 people across the UK have significant bitcoin holdings, and that most use the currency for investment rather than transaction purposes. It also reported that there are no more than 300 bitcoin transactions on a daily basis in the region. Total bitcoin holdings in the UK amount to £60 million, which accounts for a meager 0.1% of the total sterling notes in circulation.
Apart from its limited supply, BOE is confident that bitcoin will not replace fiat currency due to its inherent characteristics. The reports states that low transaction costs that make bitcoin cheaper to use, will most likely rise with the growing use of the crypto-currency, thus making it unattractive.

Despite all the warnings, however, BOE still hasn’t ruled out the possibility of an economy with bitcoin as its main currency. The Bank of England pointed that in a hypothetical instance, it would be in the case of hyperinflation, where people start losing trust in fiat currency, making the switch to bitcoin possible. These type of scenarios are most common in 3rd world counties.
Nevertheless, the bank has acknowledged the potential of the Blockchain technology and the growing penetration of bitcoins throughout the world and believes it could be the beginning of a future economy with a decentralized, bitcoin-like payment structure to assist the financial system infrastructure.
The bank also commented on the possibility of trading shares, securities, and physical assets like gold using the decentralized ledger system in the future.
BOE states:

“However, both digital currencies’ status as money and the distributed ledger technology used by them have potential to develop over time. The second article notes, for example, that a fixed eventual supply is not an inherent technical feature of digital currency schemes. And the first article observes that, since the majority of financial assets such as shares or bonds already exist only as digital records, this opens up at least the possibility for distributed ledgers to transform the financial system more generally.”

In its general context, this Report from the Bank of England does not misdeem bitcoin, however it shares some concerns that extreme volatility in its price suggests that the broader economy will not accept and it could have major implications in the UK economy. Nevertheless, it foresees a great future for digital assets using the Bitcoin technology.