Welcome back, book lovers! Before we dive into government money, what have we learned so far? Well, that history is extremely hard to summarize, for one. Secondly, historically, governments haven’t been able to resist the temptation to debase the currency. Third, devaluation leads to breakdowns in society and the fall of empires, but the process is a very slow death. It can take centuries, so it’s hard to detect. It’s there, though.

We’ve also learned that, by sleight of hand, the governments of the whole world retired the gold standard. In its place, they left us holding paper money that they have absolute control of. Since they did it, little by little, “crisis after crisis,” the world is collapsing right before our eyes. But the process is so slow that it’s hard to detect. The effects though, we’re definitely feeling those. All over the world.

In this section, we stay on North American soil and talk about World War II. Plus, the following period, and the real ending of the Gold Standard. In part 3, we’ll evaluate the performance of government money throughout the years.

Government spending was good for Keynesian economists, so World War II was a godsend. During the Great Depression, “all major governments spent generously on arming themselves.” To combat unemployment, that was. When the opportunity to use these new machines arose, they didn’t hesitate.

For Keynesian economists, the war was what caused economic recovery, and if one looked at life merely through the lens of statistical aggregates collected by government bureaucrats, such a ridiculous notion is tenable. With government war expenditure and conscription on the rise, aggregate expenditure soared while unemployment plummeted, so all countries involved in World War II had recovered because of their participation in the war.

Sadly for them, “the end of military hostilities reduced government military spending dramatically.” The end of World War II came with a test for Keynesian theories. The experts of the time predicted doom and gloom on the economic front.

The end of World War II and the dismantling of the New Deal meant the U.S. government cut its spending by an astonishing 75% between 1944 and 1948, and it also removed most price controls for good measure. And yet, the U.S. economy witnessed an extraordinary boom during these years.

The United States summoned its allies to Bretton Woods in New Hampshire to come up with a new economic plan. To the victor go the spoils, so the plan was:

The United States was to be the center of the global monetary system, with its dollars being used as a global reserve currency by other central banks, whose currencies would be convertible to dollars at fixed exchange rates, while the dollar itself would be convertible to gold at a fixed exchange rate. To facilitate this system, the United States would take gold from other countries’ central banks.

“In theory, the global monetary system was still based on gold.” What could possibly go wrong? Well:

… the Bretton Woods conference established the International Monetary Fund, which acted as a global coordination body between central banks with the express aim of achieving stability of exchange rates and financial flows.

So, The United States kept all of the world’s gold and the IMF got the impossible task of maintaining artificial equilibrium in a system with thousands of moving parts. Perfect.

Monetary expansionism became the new global norm, and the tenuous link that the system had to gold proved powerless to stop the debauching of global currencies and the constant balance of payment crises affecting most countries.

The United States was in a perfect position since it “could purchase whatever it wanted from the world and finance it through debt monetized by inflating the currency that the entire world used.” This fact was instrumental in creating “what President Eisenhower called the Military-Industrial Complex.” Perfect. The U.S had “the ability to disperse the costs of inflation on the rest of the world,” and they financed an empire based on that advantage.

The Last Nail In The Gold Standard’s Coffin

Gold’s price pressured the market to reflect the effects of constant inflation but the U.S. government kept it at bay by artificial means. Nevertheless, other countries woke up to the fact that this was happening and tried to get their gold back.

French president Charles de Gaulle even sent a French military carrier to New York to get his nation’s gold back, but when the Germans attempted to repatriate their gold, the United States had decided it had had enough. Gold reserves were running low, and on August 15, 1971, President Richard Nixon announced the end of dollar convertibility to gold, thus letting the gold price float in the market freely.

Free from the shackles of gold redeemability, “the U.S. government expanded its monetary policy in unprecedented scale, causing a large drop in the purchasing power of the dollar, and a rise in prices across the board.” All of the other currencies did even worse, since they had to deal with the inflation of the Dollar and their own.

This was the first time in human history that the entire planet had run on government money, and while such an idea is considered normal and unquestionable in most academic circles, it is well worth examining the soundness of this predominant form of money.

We’re still living under that experiment. And in Part 3, we’ll evaluate how’s it going so far. 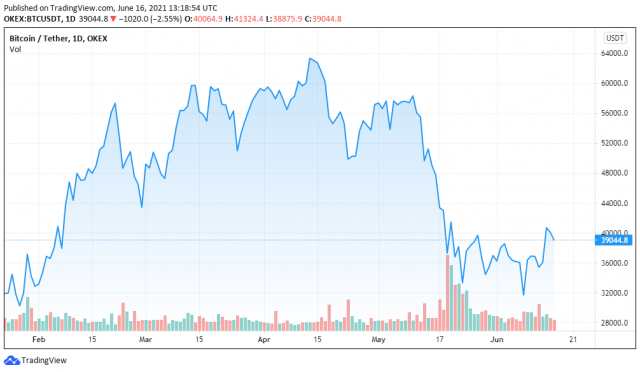