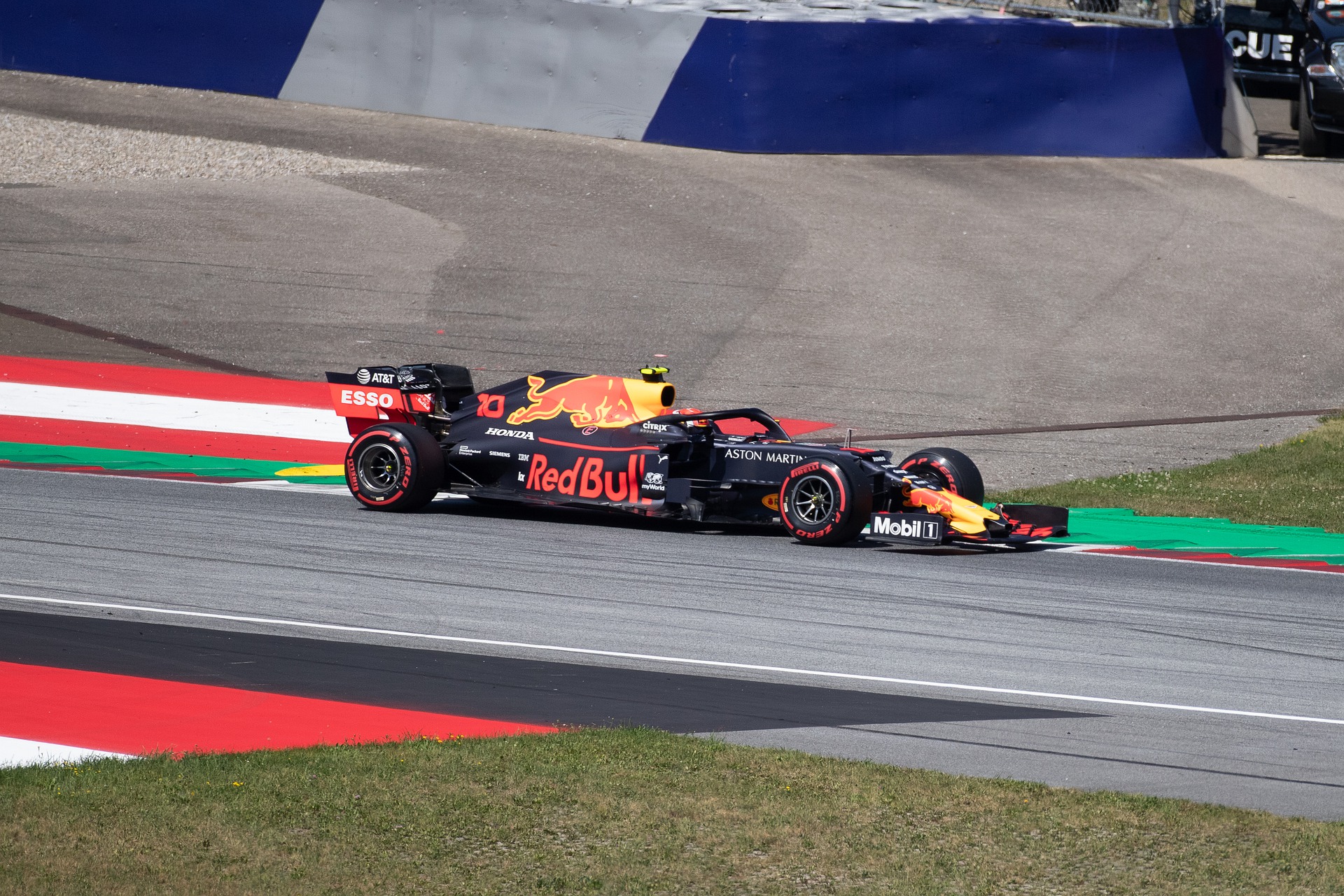 Crypto has been hitting the raceways in full force this month. Last week, IndyCar’s Roush Racing became the first U.S. sports team to launch their own fan token. Additionally announced last week is that this year’s Indy 500 will feature a Bitcoin-branded racecar, courtesy of Ed Carpenter Racing.

Now, Red Bull is teaming up with blockchain firm Tezos for a new, tech-integrated partnership.

Red Bull Racing Honda announced the partnership on their website this morning, sealing in a multi-year partnership with Tezos. Tezos will become the team’s Official Blockchain Partner. Included as a part of the deal, Tezos will be building out Red Bull’s first ever NFT experience.

NFTs are clearly a point of excitement for the team, stating that “with Grand Prix fans still impacted by the global pandemic, the Team is constantly looking to provide new, unique and immersive experiences as part of its fan engagement platform”.

In the press release, Red Bull cited Tezos energy efficiency as a major point of emphasis. Additionally, the team called out performance, calling out these two main drivers as value-aligned competencies for Red Bull Racing Honda and Tezos.

Red Bull Racing Honda Team Principal and CEO Christian Horner stated that “Tezos’ ability to remain at the cutting edge of blockchain technology makes it a natural fit” for the team. Emphasizing on the environmental considerations, Horner added that “its energy efficient design also matches our long-term future environmental ambitions, and as Formula One moves towards carbon neutrality, the low-impact methodology pioneered by Tezos will be a valuable asset”.

“Tezos’ principles are perfectly mirrored in the Red Bull Racing Honda team, and this is why we believe this to be a winning partnership”, added Tezos Foundation Chair Hubertus Thonhauser.

The chain continues to look to sport and art to engage with community. The platform partnered with major games publisher Ubisoft earlier this year; the partnership integrated Ubisoft as a Tezos corporate node in the platform’s Strategic Innovation Lab. Additionally, Tezos is powering TrustedGoal, a sports data platform that is working with sports properties such as AC Milan’s Russian Academy, Puma SE, and The Emirates Group. TrustedGoal is looking to leverage Tezos technology to optimize player contracts and requirements for player transfers in soccer. Tezos is also powering a number of different NFT marketplaces as well.