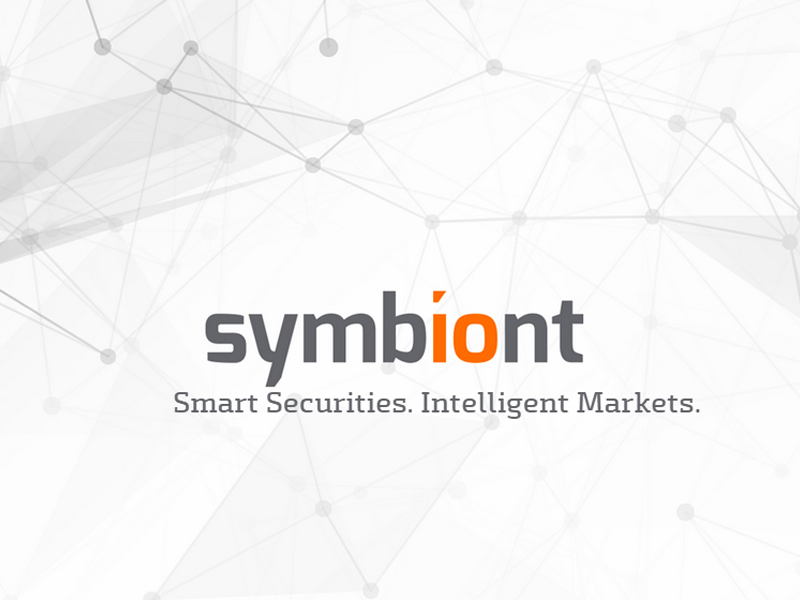 Symbiont is the result of a 2015 merger between 2013 start-up MathMoney, a specialist in cryptographic currencies and blockchains, and Counterparty, creator of the Counterwallet web wallet.

Symbiont is planning to issue its first private equity shares as smart securities on the Bitcoin blockchain. Symbiont has stated that next month it was demonstrating its capabilities to financial institutions interested in programmable securities stored on the blockchain.

Mark Smith, Founder of MathMoney and co-founder and CEO of Symbiont, explains:

“We joined up to develop a generic platform that allows users to create, issue, manage, trade and clear and settle financial instruments using digital contracts on a blockchain. We are using the open source bitcoin blockchain at the moment, but the platform is blockchain agnostic so will be able to work with future blockchains.”

One example of smart securities on a Blockchain could be a corporate bond that is issued as a smart security with, elements including a coupon amount and coupon date. When the security is issued, it communicates with the atomic clock and will make payments on the coupon deadline to owners across the Blockchain.

The company aims to offer a service based on its Smart Securities technology platform that will allow institutions to issue, trade, and process instruments in a cost-effective and secure manner on a global and distributed peer-to-peer financial network.

Blockchain-based technology breaks electronic transactions into blocks that are created at specific intervals and linked sequentially to build a cryptographic distributed ledger. The blocks are dependent on each other, which means that any changes in one block are carried forward, making the ledger accurate and immutable. This technology can eliminate inefficiencies in existing markets and drive faster, lower-cost markets that are more efficient and provide increased liquidity, transparency, and security.

Symbiont can help these institutions improve efficiency, decrease costs, and find alpha in opaque markets by increasing transparency and removing middlemen. Symbiont advertises its Smart Securities technology as being able to change the structure of how firms do business.

Symbiont’s CEO says that more than 50% of the top tier financial institutions on Wall Street already have teams tasked with studying smart security and the blockchain so they can start identifying business-oriented uses for the technologies.

Symbiont expects to have a new round of institutional investment to close in the third quarter of 2015. The company is willing to help other firms issue private equity securities and hopes to eventually issue public securities for a major financial institution. Smith believes that Symbiont’s solution is being well received and could soon be the basis of a handful of projects.

What do you think Symbiont can do for Bitcoin? Let us know in the comments below!